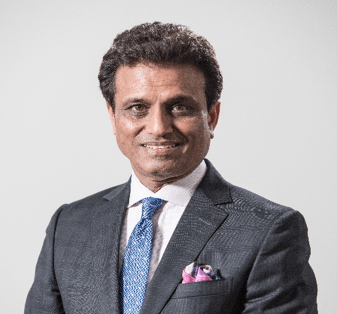 Sunray is known for going that extra mile to surpass brand standards and has won the prestigious Pinnacle award for Regional Company of the Year. Ray started by strategically growing his portfolio along the 401 corridor and now has representation in almost every city from Windsor to Kingston, Ontario. His Group owns and manages 58 hotels and now has expanded their horizon with properties in Manitoba, Saskatchewan, New Foundland and Texas in the USA. His group is one of the largest privately-owned operator of hotels in Canada. Ray’s company is successfully building a portfolio of award-winning brands, which include Marriott, Hilton, Carlson, Best Western, Wyndham and Choice Hotels.

Ray came to Canada in 1976 and settled in Agincourt. His two sons were born at Scarborough General. He later settled in Port Hope with his family, and moved back to Toronto in 2006. His first home in Toronto was in Scarborough, and he has now moved to Pickering.

He is engaged in community work and helping various charities.