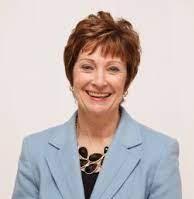 Alayne lives in Scarborough and began her career at Centenary Hospital Foundation where she previously served as President.

Between 1995 and 2017, she served as President of St. Michael’s Foundation at St. Michael’s Hospital, and has been Executive Director of their Foundation for the last year. During her tenure at St. Mike’s, she spearheaded four successful fundraising campaigns, including a recent $238 million campaign to advance patient care and research, and increased the hospital’s fundraising revenues from $5.5 million to $53.5 annually.

In addition to being a Fellow of the Association of Healthcare Philanthropy, Alayne is also a recipient of the Queen’s Diamond Jubilee award.

In her new role as Special Advisor at SHN Foundation, Alayne will work directly with the campaign volunteers and donors to raise funds for the It’s Our Time campaign.