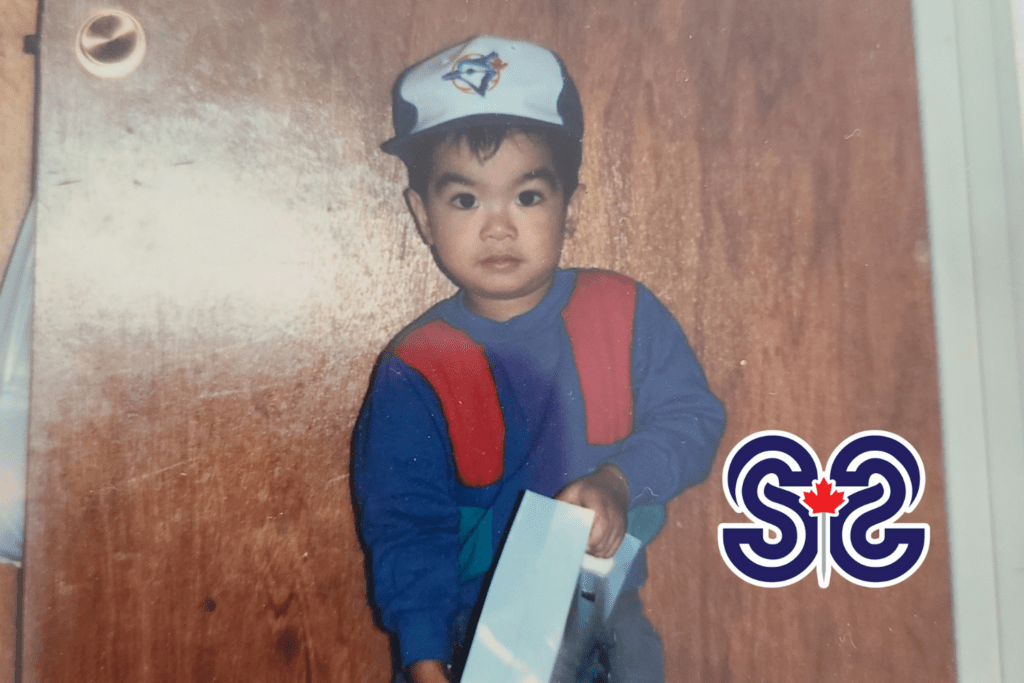 If you told the creator of the online community Scarborough Spots a year ago that he would have a pop-up shop at Scarborough Town Centre, he wouldn’t have believed it.

Jesse, Scarborough-native and the creator of Scarborough Spots – an online account that’s “the real guide to the Eastside” – started the Instagram account at the beginning of the COVID-19 pandemic.

“In the summer of 2020, I found myself with some spare time working from home. I saw that our local Scarborough businesses and restaurants were struggling during the lockdown and wanted to help give them some promotion online,” says Jesse. “I never really saw anyone else promoting Scarborough businesses – or the community really – so I thought I could make a bit of a difference in my community.”

After launching the account, Jesse saw his follower count grow each day. Posting funny content that others familiar with Scarborough can relate to, Scarborough Spots became the go-to account for local community members to share, bond and appreciate the diverse neighbourhood. It was also a way for Jesse to change the narrative about Scarborough, which, in his opinion, has never been portrayed in the most positive way in the media.

“Scarborough is such a special place, and I remember growing up how diverse my classroom was – but that was just the norm,” Jesse remembers. “I’m so grateful my parents chose Scarborough as our home when they came here from the Philippines – I wouldn’t have wanted to grow up anywhere else.

Growing up in Scarborough, Jesse was familiar with SHN’s General hospital.

“I was into sports when I was younger and did anything remotely athletic. In grade 5 or 6, I started passing out all the time, but of course, being young, I thought I was just pushing myself too hard. Then, during a cross country race, I passed out and was taken to the General hospital in an ambulance.”

The staff at SHN’s General hospital discovered Jesse had a hole in his heart and decided to send him to a specialty hospital for heart surgery to repair the hole. Jesse recalls the excellent care at SHN when his heart condition was diagnosed and is grateful they found it when they did.

“When I saw the Love, Scarborough marketing campaign back in January, I remembered the great care I received at SHN and thought about our entire community who rely on our hospitals.”

After the Love, Scarborough campaign launch, Toronto Maple Leafs’ players and Scarborough natives Wayne Simmonds and Michael Bunting posted a photo to Twitter wearing Love, Scarborough t-shirts – shirts initially only produced to spread awareness of the cause. Little did anyone know they started a movement – everyone wanted a custom Love, Scarborough branded tee.

“I had been following along the campaign through SHN Foundation’s social media channels and sharing everything I could, and by the end of January it was just taking over. They reached out to me as a local business owner and someone who sells clothing to ask if I’d be interested in partnering with them to produce Love, Scarborough merchandise. I didn’t even have to think twice – it was a perfect fit.”

Scarborough Spots and SHN Foundation launched the Love, Scarborough merchandise line on February 4, 2022, and so far has received more than 600 orders. Jesse generously offered to donate 100% of the net proceeds to SHN Foundation.

“I wanted to donate all of the net proceeds back to the hospitals because what they do is so important,” says Jesse. “If you live in Scarborough, chances are you’re going to need the hospitals at some point, and we need to make sure the healthcare workers there have everything they need to care for us.”

For Jesse, collaborating with SHN Foundation not only means he can give back to Scarborough’s hospitals, but it has also helped him achieve a goal he had for Scarborough Spots from the beginning – to have a store in Scarborough Town Centre.

“Scarborough Town Centre is where everyone went when I was a kid. Going to STC on a Friday or Saturday, you would see everyone you knew,” says Jesse. “In a community with so many new Canadians and immigrants, many of our parents worked hard to build a brand-new life, and that often meant working night shifts or overtime, so STC was the place to be and to gather for a lot of us. To have a pop-up shop there featuring my items and supporting SHN Foundation is just surreal.”

When asked what letter Jesse would represent in the Scarborough Sans alphabet, he said the letter C for Community Builder.

“I’ve always been the organizer – since I was a kid. I would organize the games we’d play at recess and go to other schools to plan cross-school tournaments. I started a basketball league in 2009 that’s grown to 1,500 members and have always tried to build a strong sense of community through promotion and collaboration. A community builder.”